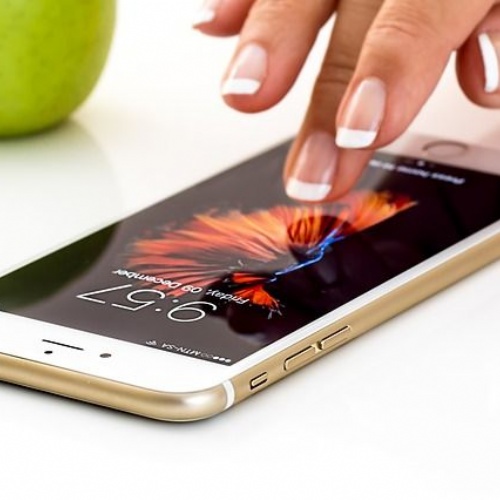 Some might accuse me of focusing far too often in these columns about the appropriate
use of digital technology in schools. Normally it’s about the overuse or inappropriate use of
mobile devices by young people and the effect it is having on us all. If nothing else, my
message is always clear: I don’t think mobile devices should be banned in schools.
Considering extent to which they are having such an impact on society, it is one of the prime
areas of educational responsibility schools should take on. I want students to have their
phones in their pockets and learn how to resist the urge to look at them when they vibrate
in their pockets at inappropriate times – namely lesson times. If schools don’t tackle this,
then our students will leave school with no training/practice, with which to develop good
habits in relation to using mobile devices appropriately.

In France they are aiming to ban them in all schools. This in my view is an easy option to
take. It is true that by banning phones, students will have no distractions and it will be one
less battle for the teacher in the classroom. However, while I believe this is a good and
effective solution to ensuring students focus on their studies, it is not helping those same
students in their future lives/careers. Without that phone in the pocket vibrating at times,
students will never develop appropriate habits when it comes to phone use. It won’t be
until they are on their second or final warning at work, will they begin to realise that they
need to change their ways and by then, those ‘ways’ will be well set in. Therefore, surely it
is the job of schools to work consistently in developing good habits when students first
begin to use phones, before the bad ones become in-trenched.

Some schools don’t ban phones, but insist they are switched off in class and even at break
time. I believe break time is an appropriate time to use phones and so prefer not to go
down that road. Asking for them to be switched off in class is all well and good, but very
hard to police. In addition, as adults, none of us like switching our phones off, it’s easier to
put them on to silent. There is no reason to assume students are any different, therefore
we should acknowledge this by accepting that most of the time phones will be on silent,
albeit on vibrate mode. If we accept this, then we should provide the opportunity to learn
how to resist the urge when the phone vibrates.

One easy solution we have is to allow students to have phones in school switched on, but in
silent mode. If a student takes it out without permission in a lesson, then they are asked to
put it away. If they argue then there is an automatic sanction (a detention after school). If
they put it away without arguing, but take it out again, later in the lesson, then there is an
automatic sanction. A pretty crude way to move students towards good habits, but
nevertheless it works. Little by little the students begin to understand when it is most
appropriate to use their phones.

In addition to this solution, another advantage of allowing phones in school is that it
highlights all the other unsavoury things young people get up to on phones. Do a search on
sexting statistics for example and you’ll see various studies showing the number of children
who have received (either consensually or non-consensually) texts or messages of a sexual
nature, ranges between 25% to 50%. Some studies put the figure far higher. Add to this the
prevalence of malicious messages and false rumours and it becomes clear that something

has to be done to tackle this. Again, if we ban phones in school, it won’t reduce the
amount of these messages, it will simply all happen out in the community, out of school
hours. If it happens in schools, we can monitor and spot the issues (although we’ll never
spot them all) and tackle them effectively, through education and restorative approaches,
between all parties concerned.

In short, if schools are to educate young people fully, we must recognise that mobile devices
are a central part of all our lives and therefore there should be no turning our back on the
necessary education/training young people need if they are to use their devices safely and
appropriately in life.

This all brings me to one issue I have, which sometimes makes me want to ban phones from
schools entirely. Parents! Being a parent of three children, I know how hard it is to let go
of your child when they go off to that big scary secondary school for the first time. It’s the
first time as a parent you lose some control over your child and it takes quite a while to get
used to that. It’s also hard initially for many children to let go of their parents in the same
way. This is where mobile devices can really hinder the natural process of learning to
become independent.

Over the past few years, the number of calls students make to parents as soon as they are
challenged by a member of staff in any way has increased. Often, they want to get their
side of the story in before the school calls home. This can happen in class or straight after
and leads to irate calls from parents who have been convinced the school is dealing with a
matter in the wrong way and want to defend their child. Not as often, there are also calls
made to students during lesson time by parents. We ask parents not to do this, but it still
does happen.

There is no real answer to this issue except to ask parents to trust schools while they are in
our care. Undoubtedly unpleasant things can happen in schools, just as they do out in the
community, but in schools we can nip them in the bud and resolve issues effectively.
Mobile devices can get in the way of this. They are instantaneous forms of communication
which don’t allow time for reflection, heighten emotions and prevent issues from being
resolved in a thoughtful manner.

As a society we are not in control of how we are adapting to the use of digital media
appropriately. Just take a look on the street around you or witness the mischief social media
is causing around the world. Schools must prioritise and explore ways to develop positive,
appropriate and safe use of digital media, to ensure future generations regain control of this
phenomenon. And we as adults? We just need to muddle on as best can until young people
learn how to model good practice from teenage years into adulthood.